The most dominant or influential person in the music industry is a woman named Desiree Perez, chief operating officer of Roc Nation. Ironic enough though, she’s not known for her music. She stands along side many women who have guided the most successful music artists to the height of their careers. One of the artist who’s career she has heavily helped and influenced is rapper Jay-Z.

Many can’t help but to bring up Desiree Perez’s name when having a conversation about Jay-Z. Desiree was originally part of Shawn Carter Enterprises before going to Roc Nation in 2009. Desiree is known for being a very good negotiator in her career, it has gotten herself and the people she works with many successful deals. She’s hashed out excellent deals for people like Beyonce and Rihanna for example.

Desiree also had a part in making the app, “Tidal” as successful as it is. A major contribution of hers towards the app was bringing in album exclusives. Tidal raised its rank a lot because of this move. It even performed better than it did when it was with iTunes.

Desiree Perez was the producer for the Beyonce and Jay-Z “On the Run Tour.” Desiree Perez has had a very successful career, she has a very excellent track record for artists. She is responsible for a numerous amount of artists successful careers and without her many people might not have gotten a chance to witness them as dominantly as they have today. 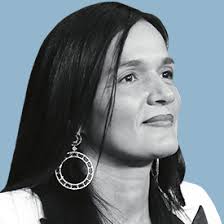 Isabel dos Santos is considered a highly influential businesswoman in her home country of Angola, and by extension, throughout Africa and the world. The distinction comes from her business acumen, the success and wealth she has obtained through it, and the political affiliation she has as being the eldest child of the former President of Angola, Jose Eduardo dos Santos.

But instead of using that influence to an unfair advantage, Isabel dos Santos makes sure to utilize it to make the world a better place. Whether it is her popularity as the first billionaire woman of Africa, or her status as one of the most powerful business figures in Angola, dos Santos has ensured to use her outreach for a number of charitable and social causes.

One of such causes comes in the form of Isabel dos Santos holding these outreach programs where she ensures to sit down with young entrepreneurs. There, she advises them on the many economic developments that an entrepreneur has to keep in mind, as well as tips and suggestions on how to take their ideas forward.

Isabel dos Santos does this especially for women entrepreneurs in the country, so that they have all the support and confidence they need to follow their dreams. Part of dos Santos’ efforts are focused on introducing these talented businesswomen to the usage and advantages of conventional as well as disruptive technologies (Chronicleweek).

By doing this, she intends on increasing the usage of technology throughout the African continent, so that the region could hold up to the advancements that it has obtained through other aspects in the past few years.

With this, Isabel dos Santos is helping african entrepreneurs not only with their big picture plans, but also with how to achieve their goals in a realistic manner. For this, dos Santos provides specific suggestions such as breaking a larger objective into “subgoals”, so that they could take one step at a time in order to obtain their core goals in a timely manner.

With these initiatives and tips, Isabel dos Santos hopes to help budding businesspeople with the guidance that they need.

The success of every major artist relies on their talent, but also the talent of many other players behind the scenes. One of the most prominent behind the scenes player is Desiree Perez. The Chief Operating Officer of Roc Nation, Desiree has a proven track record of superior business intellect and an unmatched management ability.

Recently, Jay-Z hosted a dinner at Fresco by Scotto in New York City. At this dinner were some of the best of the best, in the world of Roc Nation. Among it’s attendees of stature was none other than Ms. Perez. Enjoying a private dinner so that no fans could interrupt them, it was bound to be a very special evening for the group.

Being the COO of Roc Nation gives her the platform to make integral decisions. In order to stay at the top of the pact, Roc Nation must employ the expertise of their team and Desiree is well known for steering the team and their artists in the right direction. Desiree Perez has a hand in many aspects of an artist’s career, from campaigns to management and so on. Enabling an artist to excel past his or her full potential is just what Ms. Perez brings to the table.

One of her best talents lies is the success of the tours that Roc Nation’s artists undergo, Negotiating contracts and managing the marketing campaigns to pull off a successful tour is no small task but Desiree does it without fail.

The advertising sector is rife with changes as some of the top leaders in CP&B exit the company. The global advertising firm will have lost a few of its best creative minds, with executives like Richard Pinder and Lori Senecal leaving the agency. However, they will also gain a lot with the coming in of the professional like Danielle Aldrich, who has been named the new president for the West branch of the company

Mr. Pinder, who spent three years managing and leading the UK branch of the company, is leaving almost at the same time as the chief creative officer Dave Buonaguidi, who also handed in his notice. In an interview with Mr. Pinder of GC Report, he is quoted saying that “He had an incredible time working with the team at CP& B, but the pull to entrepreneurship is too strong.” Mr. Buonaguidi will be leaving the firm to start and manage a consultancy with Arjun Singh, who also worked at the same company.

While Mr. Pinder, Singh and Buongaguidi are leaving to establish their separate firms, Lori Senecal who was the global chief executive, is leaving the advertising business altogether to retire. According, to Senecal, she is confident that with the elevation of regional executives and the appointment of new generation leaders like Danielle Aldrich, she will be leaving the company in safe hands. However, while Lori is expected to make her exit towards the end of 2017, her successor is yet to be named, with speculation pointing towards her successor coming from the Swedish firm Forsman & Bendefors.

Lori Senecal has a bachelor in commerce specializing in marketing and finance, from McGill University. She has worked at different companies taking on various positions including; global chief innovation officer for McCann Worldgroup and worldwide chairman and CEO of KBS, before joining CP& B in 2015. While working at CP& B, she has helped the company achieve notable progress including signing American airways, Hershey’s and Pay pal as clients.

Due to her notable drive and hard work, Lori has been recognized by the local and global advertising community severally. She was awarded, for leadership and innovation in 2013, and in 2014, was listed as a ‘woman to watch’ by Ideamensch. As a distinguished professional, she has also served on the board of the 4A’s and the Ad Council.

The Beauty expert Doe Deere has been at the forefront of the cosmetics industry in recent years after finding success as the head of the Lime Crime cosmetics brand that has been making waves as an industry leader for around a decade. However, as a leading beauty and cosmetics expert with her own sense of individual style, Doe Deere is always looking to make an impact in the style stakes and this means the Russian born Los Angeles resident sticks to a daily morning routine that keeps her looking her best each and every day.

For Doe Deere sleep is one of the most important aspects of her daily routine, with each day starting with Doe checking her phone to make sure every aspect of her day has been planned perfectly. After an average of nine hours sleep per night to avoid bags and unsightly marks on her face Doe Deere uses technology to keep herself connected to the world around her using an in house chat app created specifically for her Lime Crime business; Doe also keeps Instagram open on her phone at all times to keep track of how her Lime Crime products are being used by her millions of followers.

As the founder and CEO of her own company Doe Deere has the right to take a slow path to work each morning, but these are followed by a long nights working to create the looks that make up the products that have made Lime Crime such a success in just a few short years. Doe has always looked to follow her own path in every aspect of her life, from the decision to move from Russia to New York to study fashion, or the decision to move to Los Angeles to follow her dreams of becoming a professional musician.

Preparing for a day of creativity and work means getting in the correct frame of mind, which means creating the correct working environment through music including The Beatles “Abbey Road” album. Explaining how she makes her signature individual look, Doe Deere explains she does not solely stick to Lime Crime products, but instead chooses favorites from a range of cosmetics producers such as L’Oreal, Mac, and Murad. Alongside using high quality cosmetics the Lime Crime founder also looks to shower every evening to allow her hair to dry and be curled into her well known stunning locks using only a curling wand.